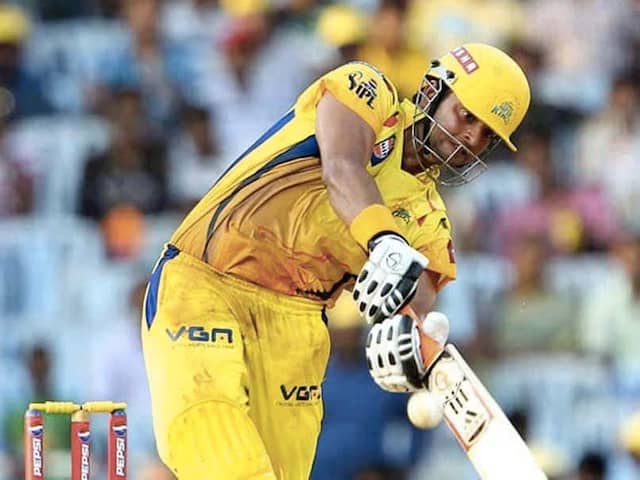 IPL 2020: Suresh Raina had decided to pull out of the tournament due to personal reasons.© AFP


With Chennai Super Kings (CSK) losing two games on the trot — against Rajasthan Royals and Delhi Capitals — fans have been taking to social media to call for the return of one of their favourites — Suresh Raina. Speaking to ANI, CSK CEO Kasi Viswanathan made it clear that it would be impossible for the franchise to think about him as the senior campaigner made himself unavailable and the team management respects his space.

“See, we cannot look at Raina because he made himself unavailable and we respect his decision and his space. We are not thinking about it,” he pointed.

When asked about the heartbreak among the fans, the CEO promised that the team will come back strongly and that the fans would have the smiles back on their faces.

“We have been blessed with some of the best fans in the cricketing world and I can assure them that we will bounce back strongly. It is a game and you have your good days and bad days. But the boys know what they need to do and the smiles will be back,” he said.

In fact, a major reason to smile is the fitness status of Ambati Rayudu. The batsman is back on his toes after suffering a hamstring injury that saw him miss the second and third game. “Like I told you last day (before the Delhi Capitals game), he would miss one game at worst. He is fit and ready for the next game,” he said.

CSK skipper MS Dhoni had also said the same after the game against DC at the Dubai Cricket Stadium on Friday.

“We need to come back with a clearer picture, looking at the combination. I feel Rayudu will come back in the next match. There are quite a few things we can think about. We are one batter extra to start off, so the players need to step up,” Dhoni said.

Chennai will next play SunRisers Hyderabad on October 2 in Dubai.

Topics mentioned in this article